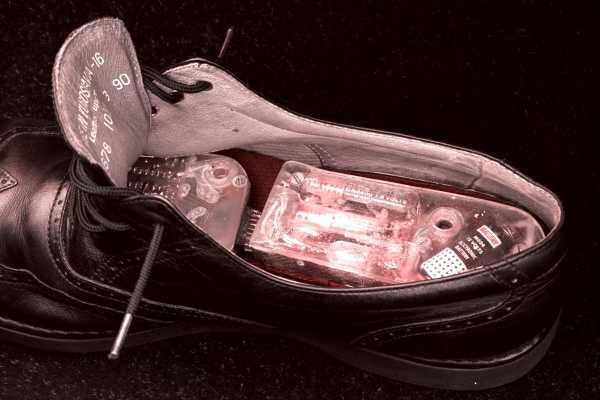 "After six difficult years, during which the effort of nearly two dozen people had been sucked into the project, an approach was developed that relied on teams made up of two people, a data gatherer and a bettor. It worked so well that small, experimental bets placed in minor league casinos began to pay off consistently. The group then revamped its technology, shrinking the computer, receivers, transmitter, and keyboard involved to the point where everything could be worn in the players' shoes. ... It seems likely this book will spread serious alarm among the casino owners of the world and that the customs of roulette are in for some concentrated scrutiny."
— New York Times Book Review

"The West Coast’s answer to The Soul of a New Machine. An exuberant and affecting work.... Bass has done the best job so far of capturing the marriage of technical imagination and the communal coziness that gave birth to Silicon Valley."
— The Los Angeles Times

"A veritable piñata of a book, which, when smashed by the reader’s attention, showers down upon him everything from the history of useless roulette systems to the latest developments in chaos theory and their possible relevance to Darwinian evolution."
— Christopher Lehmann-Haupt, The New York Times

"A delightfully concocted book about a real-life adventure."
— The Boston Globe

"The fascinating technical adventure of a scientific commune that builds a computer that can really beat roulette! And though Reason’s demons, the Eudaemons, manage to run their hands through casino gold, Bass’s superb prose suggests that the human relationships they forged in the struggle may have been the greater story and the greater reward."
— Dr. Edward Thorp, author of Beat the Dealer

"Fascinating reading.... The Eudaemons are as colorful a group of characters as any Hollywood screenwriter could concoct."
— The Houston Post

"As gripping as it is insanely comedic.... One is positively awed by the achievement- even The Double Helix, that classic about the discovery of DNA, seems to fade a little in the memory."
— The Cleveland Plain Dealer

"A saga of near epic proportions."
— The San Francisco Chronicle

"An astonishing and fascinating tale of scientific heroism."
— Richard Dawkins

"The story’s appeal lies in its romantic obsessions.... Post-hippie computer freaks develop a system to beat the System, and take on Las Vegas to heroic and thrilling effect."
— The London Times

"An extraordinary story.... Behind the fun and games there lies an economic parable of the decade just passed."
— Nature

"A funny and outrageous tale of gambling and high tech. After reading it, I resolved never to approach a roulette table without a computer in my shoe."
— Tracy Kidder, author of The Soul of a New Machine

"Bass’s account of the mad adventures of a cabal of young high-tech, high IQ scientists, as they take on the spinning wheels of Glitter Gulch in Las Vegas, reads like a fast-paced spy novel except that it is better written and has the added merit of being true."
— Martin Gardner, columnist for Scientific American

"More Wozniak than Wall Street--more garage hacking than greed. Pie is a story about having ingenuity and drive, living communally, bucking the system, and questioning society. It is a story of a select few who, on witnessing the dawn of the digital revolution, truly foresaw its power."
— American Association for Artificial Intelligence 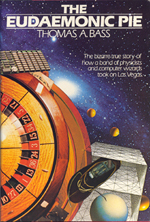 Buy it now, either in an Authors Guild Backinprint edition or as an eBook 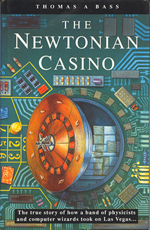