THE SPY WHO LOVED US

Pham Xuan An was a brilliant journalist and an even better spy. A long-time correspondent for Time and friendly with all the legendary reporters covering Vietnam, he was an invaluable source of news and font of wisdom on all things Vietnamese. At the same time, he was a masterful double agent, a North Vietnamese intelligence agent whose secret reports were so admired by Ho Chi Minh that he clapped his hands with glee on receiving them and exclaimed, “We are now in the United States’ war room!” An inspired shape-shifter who kept his cover in place until the day he died, Pham Xuan An ranks as one of the preeminent spies of the twentieth century.


“I was deeply impressed by this book. It is relevant, instructive, funny. The shock of the double never goes away. Neither does the gullibility of the arrogant intruder.”
—JOHN LE CARRÉ

“I enjoyed this book enormously and learned a lot. The Spy Who Loved Us is a fine read and a gripping story; but, most of all, it is an object lesson in why human intelligence and a great spy will always trump the most sophisticated espionage and surveillance technology. It’s not the simple accumulation of information that counts. It’s the recognition of what’s important and then knowing what to do with it.”
—TED KOPPEL

“The story of Pham Xuan An is the revelation of a remarkable life and a remarkable man. Fictional accounts of practitioners of the Great Game—the craft of spying—come nowhere near the real thing that was practiced by An. In The Spy Who Loved Us, An is revealed as a man of split loyalties, who managed to maintain his humanity. Cast prejudices aside and you will discover a true hero, scholar, patriot, humanist and masterful spy.”
—MORLEY SAFER, Correspondent, CBS 60 Minutes and author of Flashbacks: On Returning to Vietnam

“This is a brilliant book about a man and his times. It strengthens the feeling I got from meeting him late in his life that Pham Xuan An was one of the most impressive people I have ever encountered. He was a man of wisdom, courage, and clear-headed patriotism. He was also—even if it seems ironic to say this under the circumstances—a man of extraordinary integrity. He loved us at our best even while confronting us at our worst.”
—DANIEL ELLSBERG, author of Secrets: A Memoir of Vietnam and the Pentagon Papers

“Thomas Bass tells a fantastic tale of intrigue, espionage, and friendship. His book reads as if it came from the farthest shores of fiction, and I wouldn’t believe a word of it if I hadn’t met so many of its characters and didn’t know the story to be true.”
—H.D.S. GREENWAY, Editor, The Boston Globe and Vietnam war reporter for Time and the Washington Post

“Every veteran, every scholar, every student, everyone who survived the Vietnam War is advised to read this book and reflect on its wisdom. In his thoughtful, provocative biography of one of the most successful espionage agents in history, Thomas Bass challenges some of our most fundamental assumptions about what really happened in Vietnam and what it means to us today.”
—JOHN LAURENCE, Vietnam war reporter for CBS News and author of The Cat from Hue: a Vietnam War Story

“An evocation of a murky Saigon during war, where truth was a rare commodity and virtually everyone had an ulterior motive.” —Publishers Weekly

“This is a chilling account of betrayal of an American army—and an American press corps—involved in a guerrilla war in a society about which little was known or understood. The spy here was in South Vietnam, and his ultimate motives, as Thomas Bass makes clear, were far more complex than those of traditional espionage. This book, coming now, has another message, too, for me—have we put ourselves in the same position, once again, in Iraq?”
—SEYMOUR HERSH, author of Chain of Command: The Road from 9/11 to Abu Ghraib

“Swiftly paced narrative of a Vietnamese James Bond who worked both sides of the game…. The intriguing character of An provides the center of a fascinating account.”
—Kirkus

“Thomas Bass has rendered a sensitive, revealing portrait of the strangely ambivalent personality I knew during the Vietnam War. In doing so he provided us with unique insights into the nature, conflicting sentiments and heartbreak of many Vietnamese who worked with Americans, made friends with them, but in the end loved their land more and sought , as their ancestors had a for a thousand years, to free it from all trespassers.”
—SEYMOUR TOPPING, former Southeast Asia Bureau Chief and Managing Editor of The New York Times

“Intriguing … masterful…. This first-rate account, which will appeal to general readers as well as historians, portrays An as a man caught between two cultures who never lost sight of his ultimate goal, peace and prosperity for Vietnam.”
—The Foreword

“The Spy Who Loved Us is an enthralling account of revolution, war, and espionage. Thomas Bass’s work will take its place alongside Neil Sheehan’s A Bright Shining Lie and Michael Herr’s Dispatches as one of the great books to come out of, memorialize, and illuminate the Vietnam War.”
—MAURICE ISSERMAN, James L. Ferguson Professor of History at Hamilton College and co-author of America Divided: The Civil War of the 1960s

“A true espionage page turner [about] a man who proved to be a masterpiece of deception .... Outstanding reading .... Bass's book provides fascinating insight.”
—Asia Times

“This is a fascinating spy story about a fascinating and engaging man—but it is also much, much more. For An’s story reveals a great deal about how and why the Vietnamese Communists ended up defeating the better-armed U.S. force. It speaks to how little American officials, military and otherwise, really knew and understood, not only their opponents in the field, but also the agents planted among them. Most devastatingly, the U.S. failed to understand how shrewd and methodical a foe the Vietnamese were, to have trained and planted such an amazing spy in their midst, well before the United States had even committed itself to war in their land.
—Washington Monthly

"This book is a must read for those seeking to understand why the Vietnam War ended as it did. A fine example of investigative journalism, it combines the meticulous collection of biographical data with a colorful psychological portrait of the person whom one of Bass's editors called, not without reason, 'the most dangerous man in Vietnam.'"
—Journal of Cold War Studies 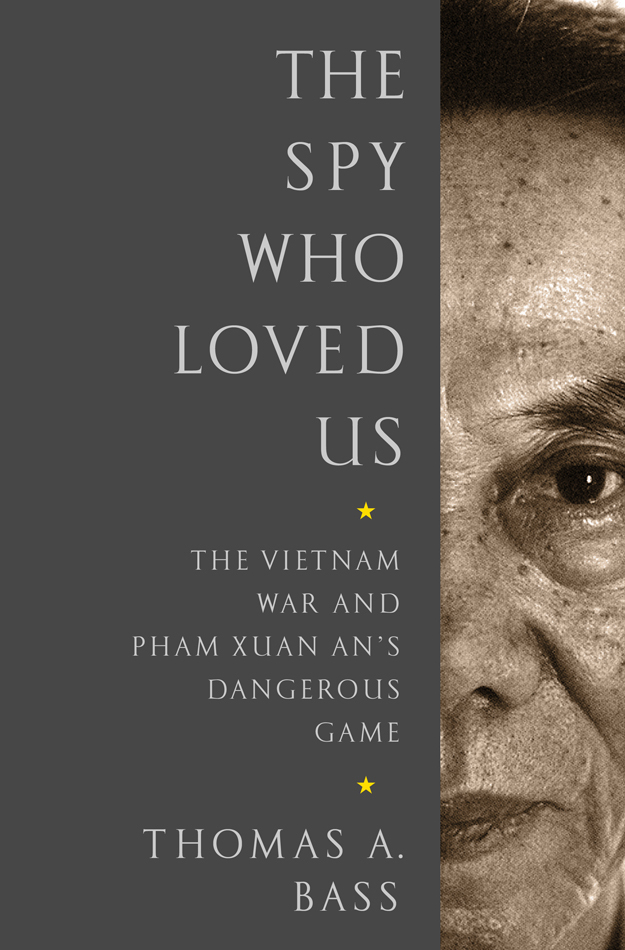 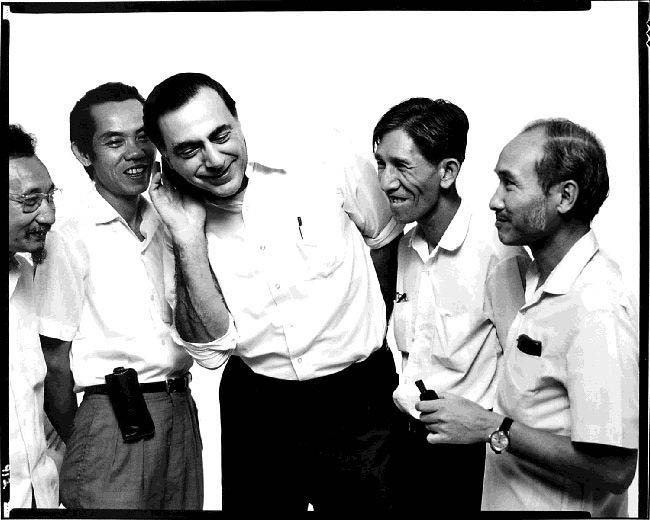 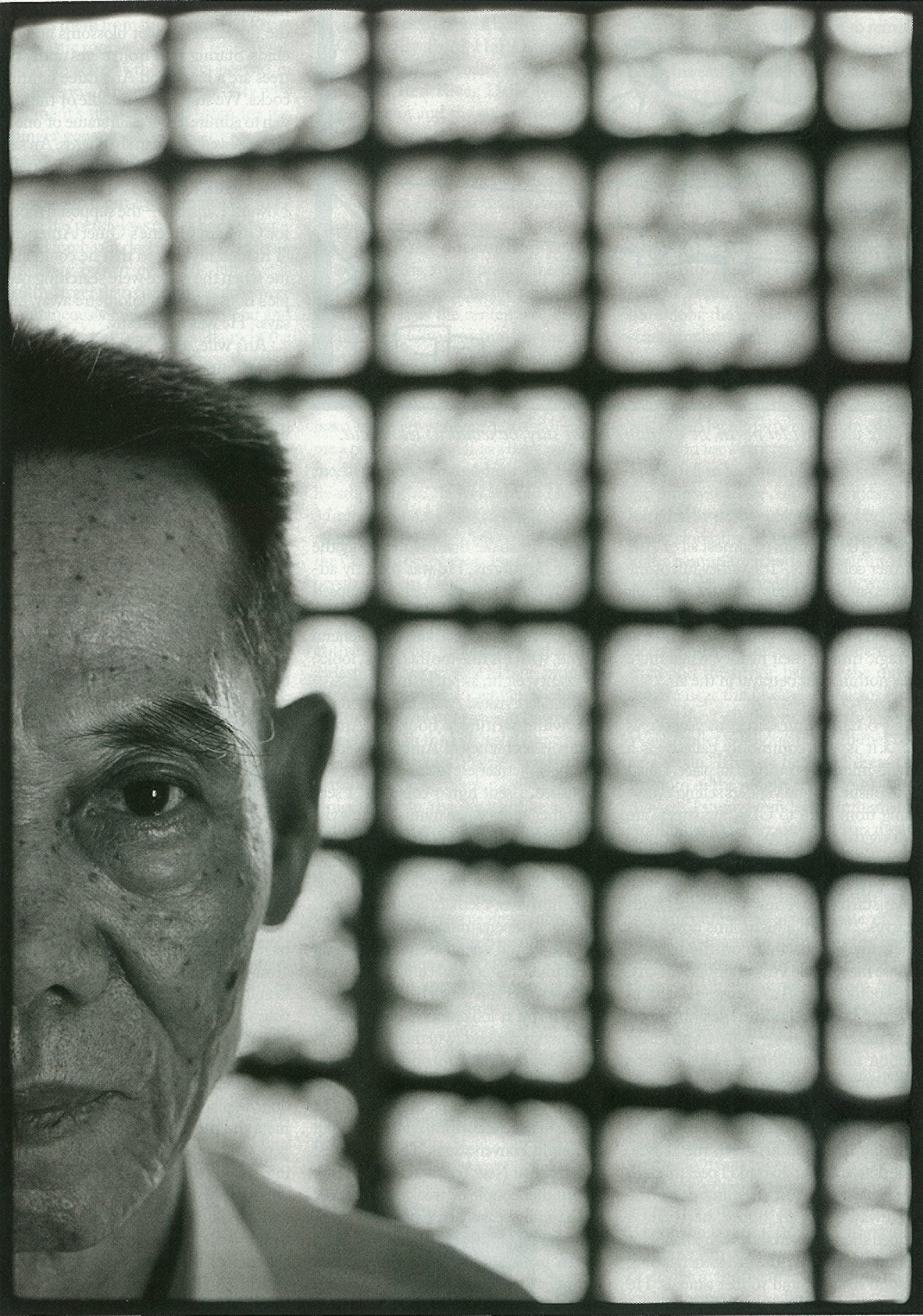 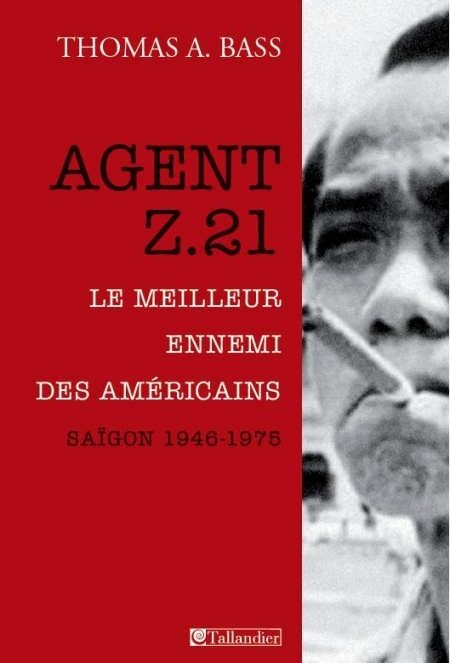 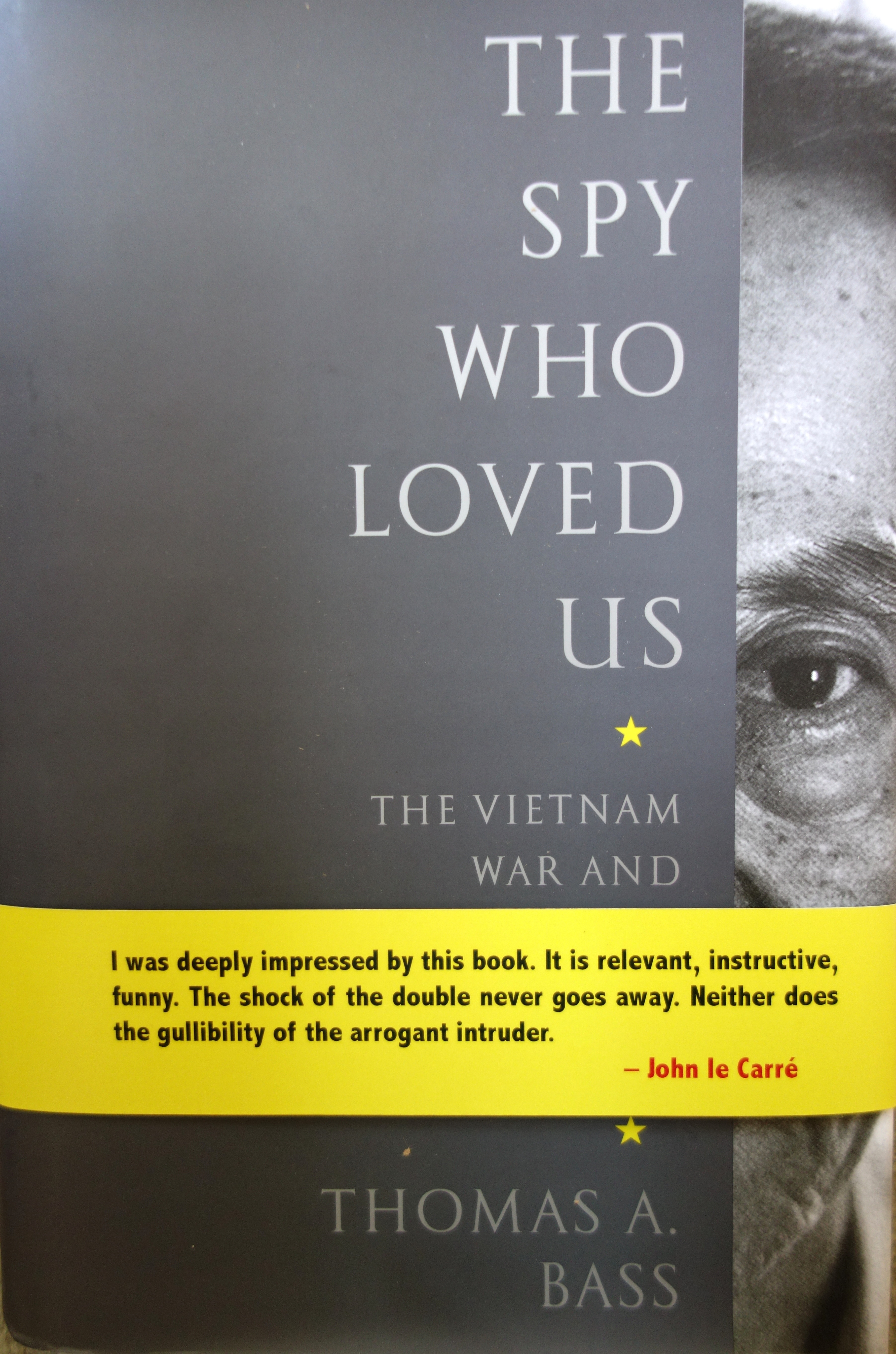 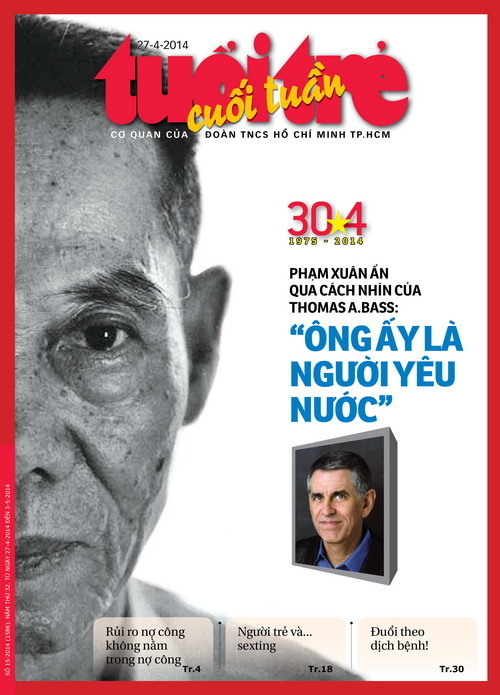 The cover of "Communist Youth," on the 39th anniversary of the end of the Vietnam War 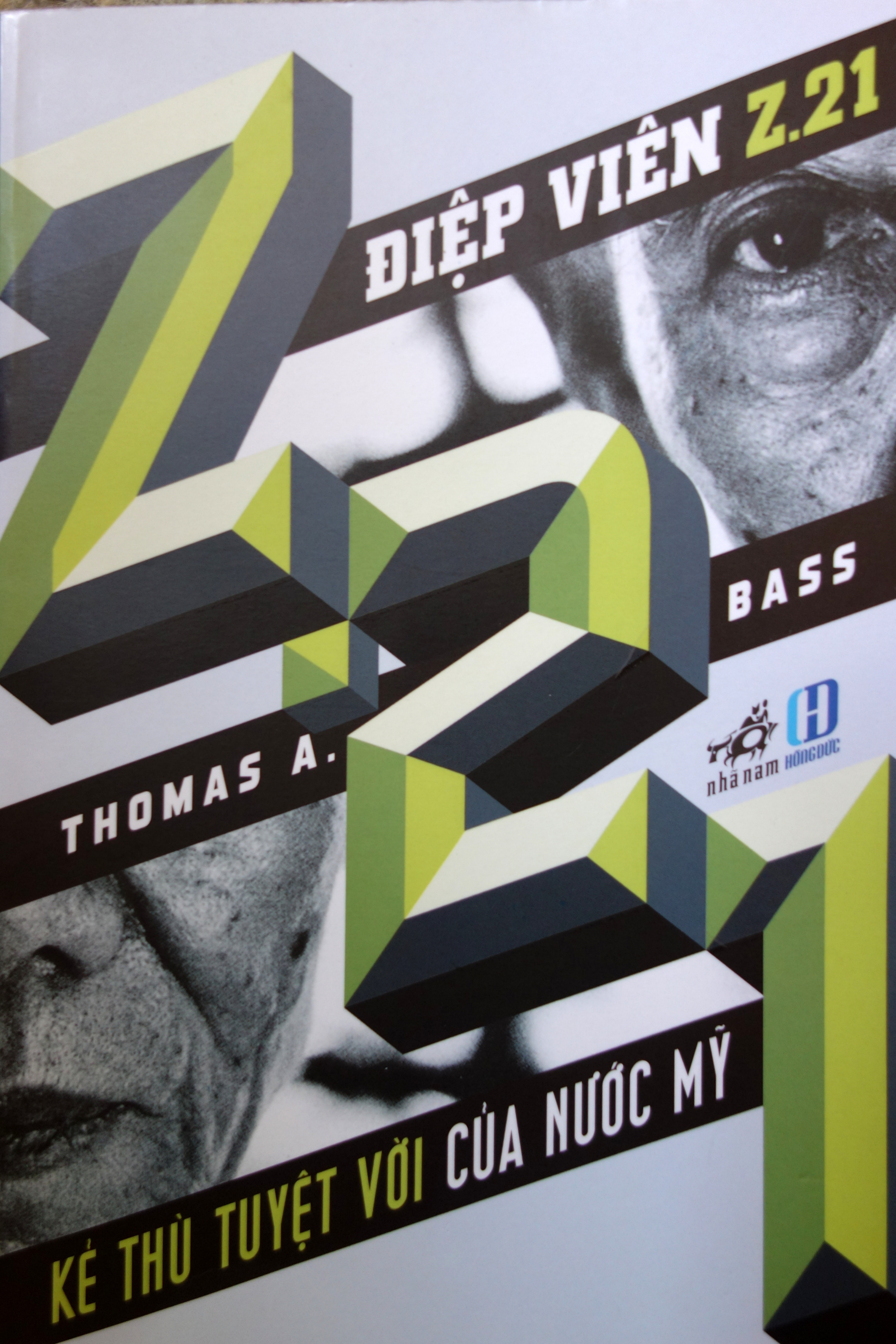 The Vietnamese translation, censored and published in 2014